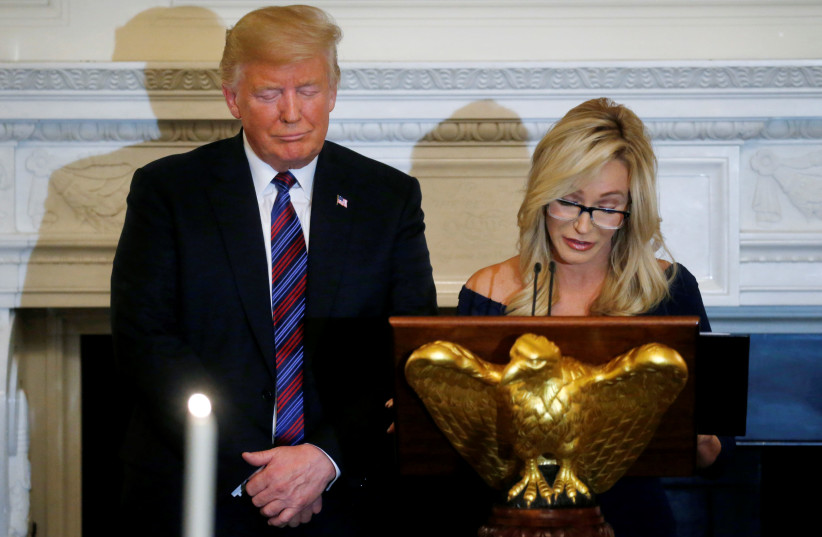 Donald Trump’s victory to the US presidency again has definitely become an African battle as the spiritual advisor in his administration has called on angels from Africa to work for his victory.

Chairperson of the evangelical advisory board in Trump’s administration, Ms. Paula Michelle White-Cain in a prayer section called on angels from Africa and South America to the aid of the US President who is currently losing his seat to his major political opponent Joe Biden of the Democrat Party.

According to her, angels from Africa have already been dispatched and they are on their way to the US to accomplish their mission, which is a resounding victory for Mr. Trump.

In a live streaming service held at the Christian Destiny Center on November 4, and led by Ms. White to intercede for Trump’s victory, a video of which have been sighted by the GhanaPlus.com, the American preacher said she hears a sound of victory and knows God will give them victory.

It is unclear why Ms. White was praying for help from African angels but it is believed that it had something to do with the Founder and Leader of Glorious Word Power Ministry International, Rev. Isaac Owusu Bempah’s prophecy which he revealed in a radio interview days ago that it was communicated to Ms. White.

In the interview, the Ghanaian man of God known for electoral prophecies said fervent intercessory prayers were being made on behalf of the US president, here in Ghana and in the US to avert his earlier prophecy that Mr. Trump would lose his seat to his political opponent, Joe Biden if he doesn’t put his house in order.

He indicated that since the US president had heeded to the prophecy and acted upon it, victory would be his in the elections.

Marriage is Not Ordained by God - Nigerian Blogger Kemi Olunloyo

TRANSFER LATEST: Salifu Ibrahim to Hearts of Oak back on, check the latest development