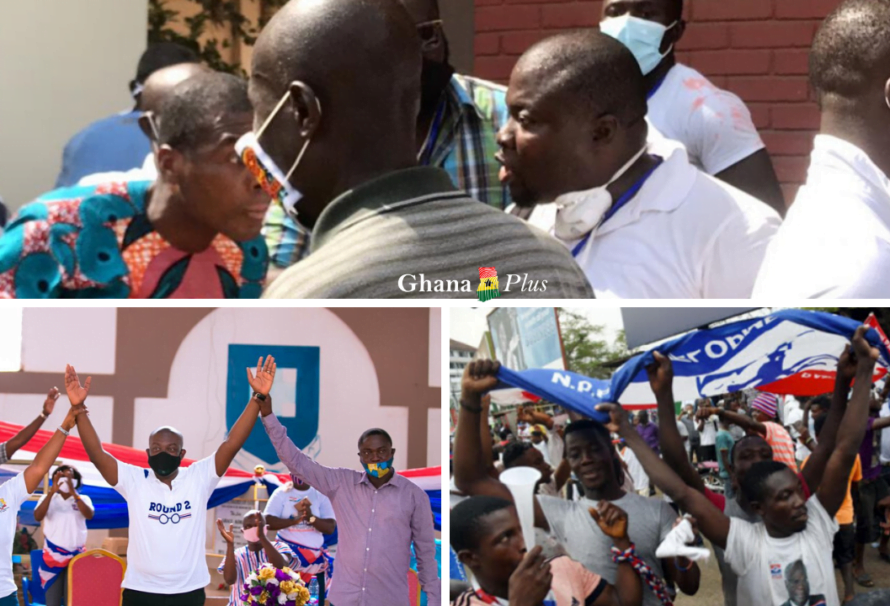 Ghanaians, perhaps, may have to brace themselves up for more COVID-19 cases in the coming days if what went on at the just ended NPP Parliamentary primaries is anything to go by.

The election, which was to be held under strict COVID-19 protocols failed woefully in ensuring compliance of the protocol to the later.

“The Party wishes to emphasize that the Primaries shall be conducted in strict compliance with the COVID-19 health protocols announced by His Excellency President Nana Akufo-Addo. Accordingly, the Party, while making sure that not more than 100 people congregate at a voting centre, will also be making available alcohol-based hand sanitizers at each polling centre for delegates to sanitize their hands before participating in the polls. Equally, the Party has procured nose masks which shall be given to every delegate,” Mr. John Boadu, the General Secretary of the party said in a press conference prior to the elections.

Currently, the country’s COVID-19 cases stand at fourteen thousand, one hundred and fifty-four (14,154) with eighty-five (85) dead. Some ten thousand, four hundred and seventy-three (10,473) recoveries have been made with three thousand, five hundred, and ninety-six (3,596) cases still active.

The Social distancing protocol, one sure key way to avoid community spread was not at any point enforced. The strict measures mentioned only worked until the real elections begun.

Pockets of misunderstanding that broke in early hours of the day at some polling centers marked the beginning of non-compliance with the protocol.

Security Personnel and onlooker constantly had to intervene to restore calm exposing them to the breach of the protocols.

As many assembled to catch a glimpse of the disturbances, and jubilate in anticipation of the outcome of the elections, the NPP and its supporters forgot that lives were worth more than elections.

The situation worsened when counting, declaration, and delivering speeches begun.

Although some were in face masks, the majority were not wearing it or wearing it wrongly.

Speaking on Critical Issues on UTV on Saturday, the Director of Elections for the NPP, Mr. Evans Nimako said it was the responsibility of the national and regional officers’ constituency election committee and aspirants to ensure strict adherence to the protocol.