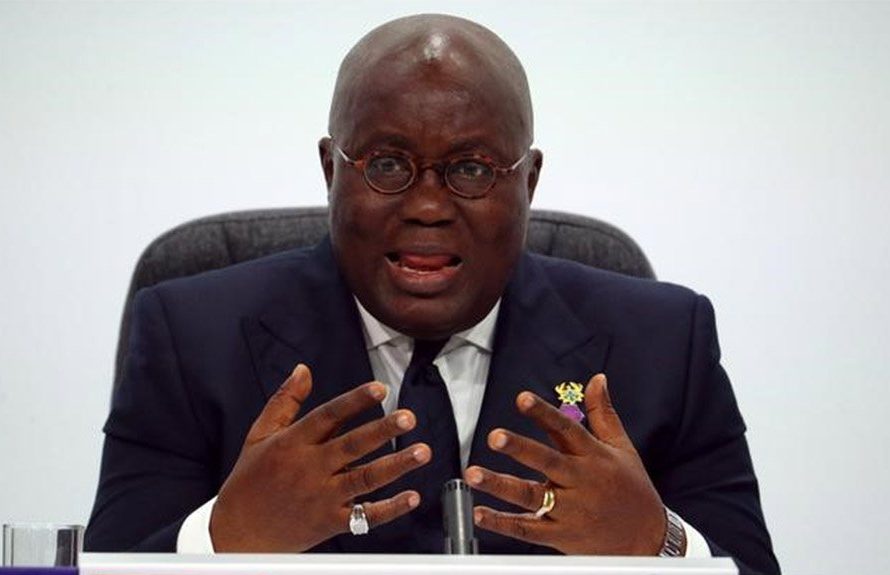 President Nana Addo Dankwa Akufo-Addo, in his 17th update on the COVID-19 pandemic in Ghana, stated that figures had dwindled and Ghana was successful in its fight against COVID-19.

According to him, per records from three weeks ago, when update 16 was announced, the total number of cases stood at 1,847 and as of Friday, 18 September, 2020 has now reduced to 500 persons.

“Some regions have no new cases and regions such as Greater Accra, Eastern, Ashanti, and Central make up 80 percent of active cases.

“As at Friday 18 September, the total number of tests conducted stood at 470,730. So far 45,258 persons have recovered with 290 persons with many having underlying illnesses have passed on”, President Akufo-Addo added.

He stated that despite the low figures, with only 20 active severe cases, and barely any patients in the Intensive Care Units (ICU) in hospitals, the country could not resume normalcy.

The President however entreated Ghanaians to intensify their protective measure against the pandemic and to stick fervently to the health protocols given out by the government.

“The figures show that we have turned the tide, we cannot throw caution to the wind and adhere to all protocols as other countries in the world have shown that the virus can return if your guard is down,” he added.

After the reopening of the Kotoka International Airport, 16 out of 23 airlines operating at Kotoka prior to closure have begun operations in and out of Accra.

“As at Saturday 19 September 2020, a total of 10,061 passengers have been tested of which 26 positive cases had been reported from Kotoka,” adding that this is due to the numerous protocols taken to ensure that

“I give appreciation to parents for their trust in me of taking care of their children,” he added.

“Wearing of face masks will remain mandatory till 14 December 2020 and law enforcement agencies will continue to enforce this. It is the new normal requirement until the virus is completely eradicated.

“Government has allowed the resumption of training in all contact sports taking into consideration the participation of our national teams in international competitions. Some teams have been given dispensation to begin training with periodic testing.”

“With respect to football and after discussions with the Ghana Football Association, it has been decided that the Ghana Premier League and the Division One Football League will restart on Friday 30th September with full testing of players, management and staff.”

“No spectators will be allowed at training centres and seating at all stadia will be limited to 25 percent capacity, and wearing of masks by spectators and staff will be mandatory.

“All other protocols would remain enforced until further notice,” the President added.

The President further advised citizens to continue to follow health protocols and to improve fitness and eat well by eating healthy Ghanaian foods.