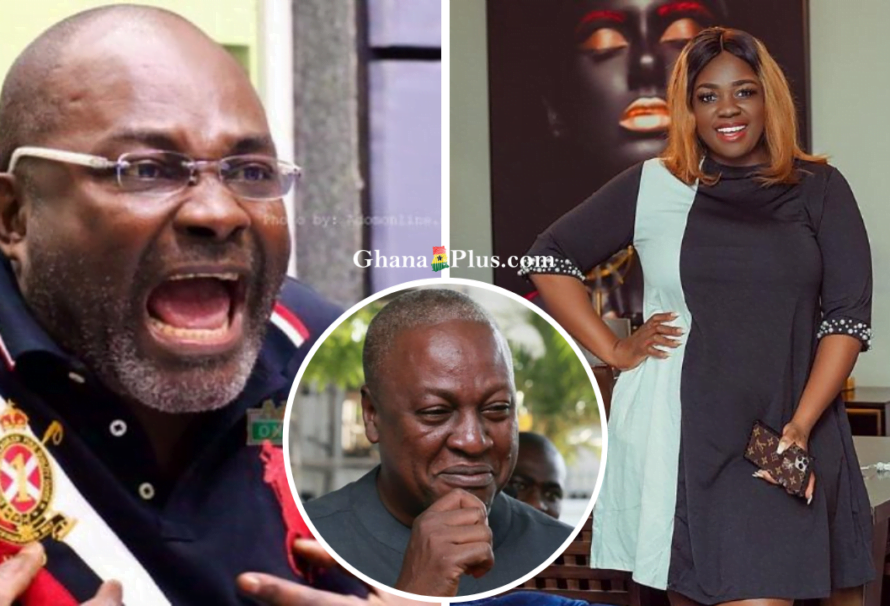 Ghanaian controversial politician and Member of Parliament for Assin Central, Kennedy Agyapong has lashed out at actress and producer Tracey Boakye for humiliating the father of her daughter in public.

According to him, the lady’s decision to exposed and humiliate the man who had made her what she was today was uncalled for and very cheap.

The Member of Parliament was commenting on the controversial “Papa No” incident which has been making waves in the media for the past weeks on Net2 Television’s programme “The Seat”.

Mr. Kennedy Agyapong said the actress should rather be indebted to the man rather than humiliating him.

“Tracy Boakye, if you look at where this man had brought you from, he bought one house for you at Lake Side Estate, you said you do not like, he bought one for you at East Legon, $450, 000. He has helped you built one with your restaurant in it at Kumasi, is that how you treat him, is that his end? is that the reward this man gets out of you?” he quizzed.

The “Papa no” incident which he said was refereeing to the flag bearer of the National Democratic Congress, Ex-President John Dramani Mahama, said would ruin his 2020 presidential aspirations and called on all to condemn it.

READ ALSO:  My regret is not speaking directly with the people-Mahama

“The timing is so wrong, we need to condemn these women, all three of them,” he said.

“You have ruined the man, not just that, you have finished him, the man cannot be president again”

He cautioned the actress over the damage she had done to the man’s reputation adding that she should pray that the NDC remains in opposition forever or else she would be made to face the consequences of her actions.

Actress Tracey Boakye has been in the news for weeks now over her sugar daddy brouhaha.

The issue which started between the actress and musician, Mzbel has taken a national dimension with many seeking to know the identity of the supposed man.

Earlier, the name of the former President John Dramanai Mahama was mentioned as the said sugar daddy but the actress debunked the report.