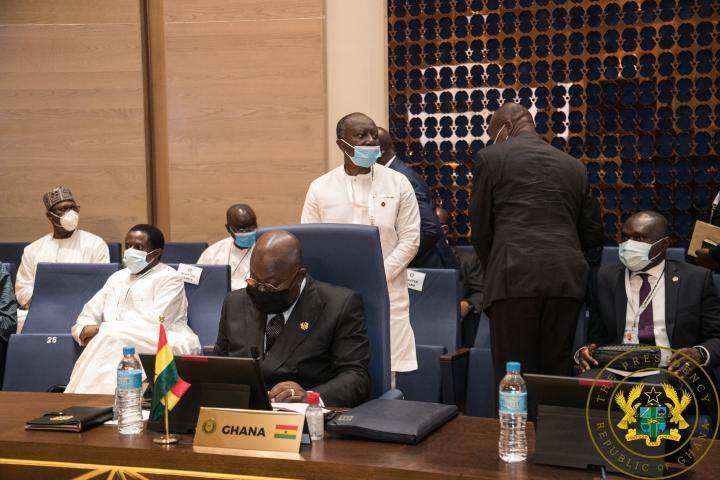 His election makes him the 35th head of state and the 4th from Ghana to ascend the highest office of the 45 years old organization whose aim is to promote economic integration across the West African region.

The news of the president’s election was confirmed on Monday, September, 7 by the Minister of Information, Kojo Opong Nkrumah in a tweet.

Nana Addo Dankwa Akufo-Addo, who takes over from Niger’s President, H.E Mahamadou Issoufou would serve a non-renewable term of one year term starting from now to September 2021.

READ ALSO:  Galamsey fight: I will not act on hearsay – Nana Addo

In his remarks, Nana Addo Dankwa Akufo-Addo thanked the assembly for their unanimous endorsement to steer the affairs of the organization in the next year.

He indicated that his administration would immediately focus on five key areas including the realization of the African Continental Free Trade Area by  January 1, 2021, ECOWAS 2020 decision on monetary union within the sub-region, terrorism in the Sahelian area, involving Mali, Niger, Burkina Faso and northern parts of Nigeria, the COVID-19 pandemic and its adverse effect on the populations and economies of the Member States and the consolidation of democratic governance in areas of the Community with fragile democracy.

He was optimistic, the Community would be able to overcome all hurdles in its development with an all hands on deck approach and called for solidarity among member state.

“The challenges, in these critical regional spheres, such as security, economy, trade, currency, and health, must be addressed in a spirit of genuine co-operation and solidarity if we are to succeed in overcoming them, which we can”.

“In so doing, we must protect, at all costs, our freedom, and independence of action, so that the development of our Community responds to the needs and aspirations of our peoples, and not to the goals of external agencies and forces”, he added.