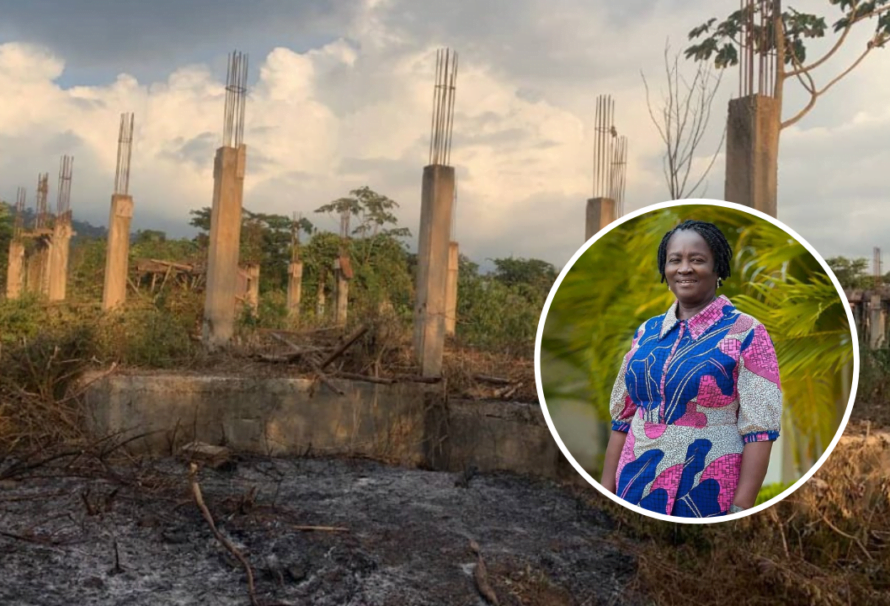 The Vice Presidential Candidate of the National Democratic Congress (NDC) Prof. Jane Naana Opoku-Agyemang has lamented at the deplorable state in which projects instituted by previous governments had been abandon by the current government.

According to her, it is not acceptable for the NPP government to abandon projects that were started by the NDC and had been left to deteriorate, which she said was a loss to the state.

“We have seen many of these structures being overrun with weeds and debris. These projects cannot be left to wither as they were built to achieve certain goals. We will come back and re-evaluate them and ensure that these projects are completed so that they serve their use to the nation,” she said.

Prof. Opoku-Agyemang made these remarks during an interaction with the media when she made a stopover at the abandoned Day Senior High School project site at Asempaneye of the Joaboso Constituency in the Western North Region as part of her campaign tour of that part of Ghana.

The Vice Presidential Candidate stated that the continuous abandonment of projects must cease adding that the number of projects that were abandoned under a particular administration had not aided the development of the nation.

“We did not just clear the land for the projects but we began the initial phases of foundation laying and even constructing the wall as you can visibly see,” She pointed out to journalists.