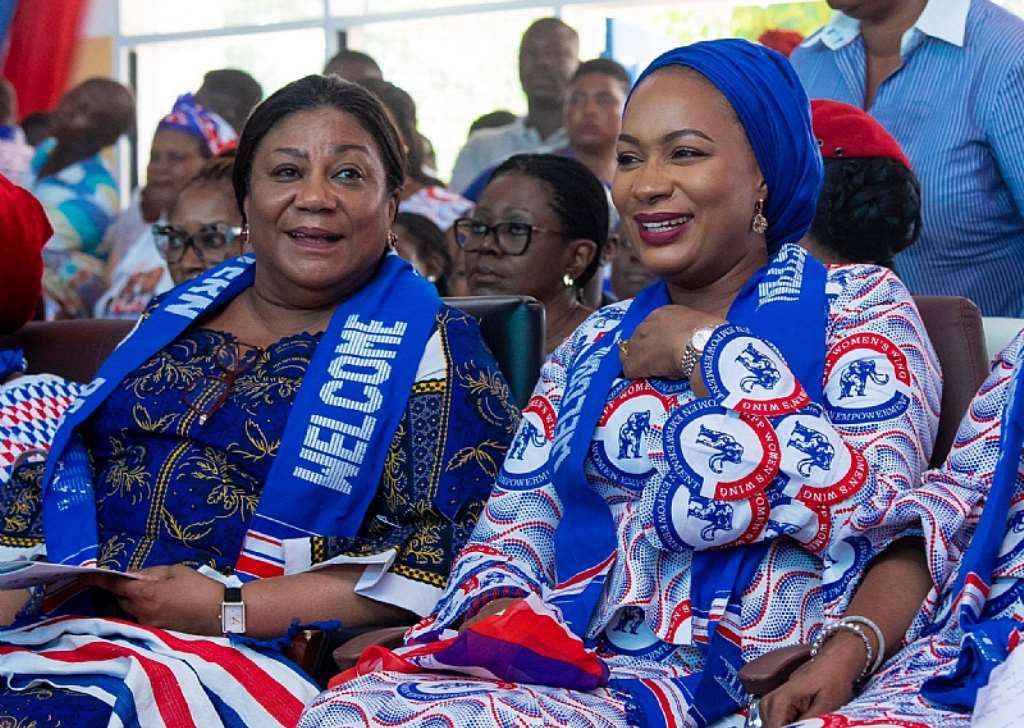 The ruling New Patriotic Party(NPP) has commended the First and Second ladies of the country for refunding all allowances paid them by the state amidst recent public outcry over their approved salaries.

They have also commended them for their decision not to accept the approved salaries for presidential spouses in the future.

The Deputy Communication Director of the party, Mr Richard Asante Yeboah who made the commendation on TheKeyPoint on TV3 said the party was excited they made the decision, all though, the two had worked for it and was deserving of the allowances.

In the discussions monitored by GhanaPlus.com, he indicated, paying allowances to the current presidential spouses shouldn’t have been a reason for the uproar witnessed in the country in the past weeks, most especially,  because the practice had been in existence for over two decades.

“……I am excited that they chose to refund the money and also said that they are not going to take any future money that we say, we would want to pay to them,” Mr Asante Yeboah added.

The decision was as a result of public uproar following the announcement of an approved salaries for the first and second ladies including that of spouses of former Presidents and Vice Presidents by the Minister of Information, Mr Kojo Oppong Nkrumah.

The said salaries was a formalization of allowances which had been in existence since the administration of the former President, Jerry John Rawlings.

The Presidential spouses were to be paid same as cabinet ministers, upon a recommendation of the Yaa Ntiamoah-Baidu Commission set up in 2019 and approved by the 7th Parliament on the January 6th 2021.