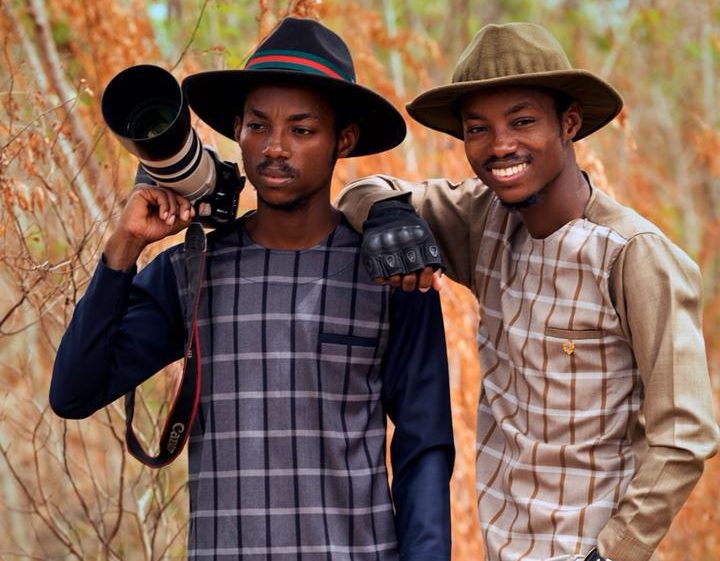 Celebrated Ghanaian twin photographers, Twins dont beg has disclosed that they gave up their passion and desire to pursue a career in music because their father threatened to disown them if they continue.

The duo who began their celebrity journey as musicians and later movie actors before settling on photography said they were compelled to lay back their dreams because their father, a Pentecost Church Leader was displeased with the path they were pursing.

“Growing up we had passion for music, we went to the studio recorded some song, we started going live on TV to perform and all that, we had a song with D Crime and Yaw Ziggy so when my dad heard we were going into music, at that time he was a Pentecost Church Leader so he was like if you guys don’t stop the kind of life style you guys are doing, I am going to kind of totally disown you so we actually lay back a bit and decided to express our talent in different way”.

The twins, known in real life as Samuel and Emmanuel Appiah Gyan made the revelation on Xpressive ON GHToday aired on GhOne TV on Monday, January 4, 2021and monitored by GhanaPlus.com.

According to them, growing up in Tema  with the likes of Sarkodie, D Crime and Yaw Ziggy, music as all that they were concern about which they had to give up on eventually.

We learnt photograph on the job

They noted photograph came to them while on set for three month movie project adding they learnt very thing they know about the current profession on the job working as production assistant to the renowned movie producer and the rest had been history.

The twins, also known as African got Swag said everything they had achieved was by hard work.

“I don’t think we wanted to be in the limelight but we felt we had something that we wanted to give out and especially with our talent because talent you should have passion about something and there is a lot of hard work behind the scene and so I think right now whatever you see is just the fruit of the passion we hard and that what we are currently enjoying right now because we have really really hassle,” Emmanuel said.

Twins dont beg are one of the most sought after Ghanaian photographers both locally and internationally and currently, the official photographers of the Second Lady of Ghana, Samira Bawumia.