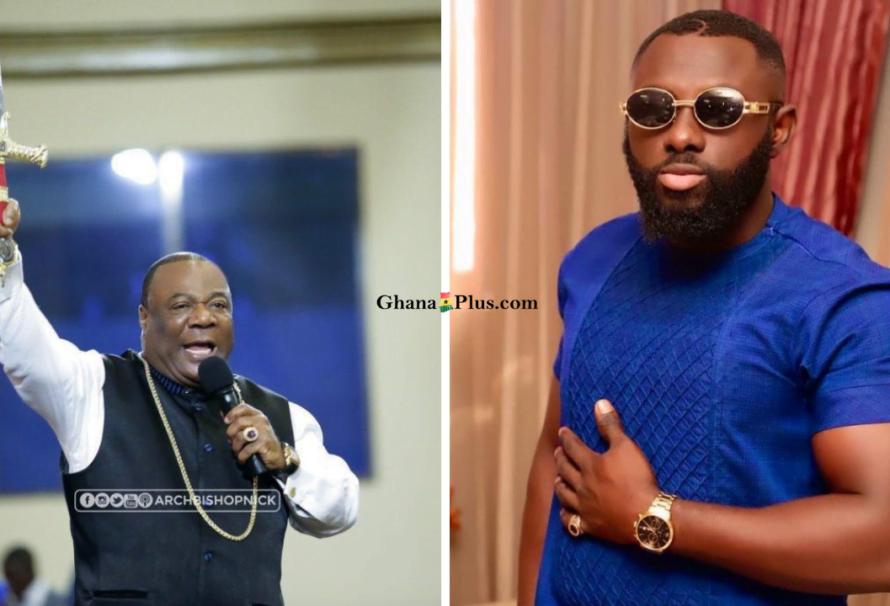 The Chief Executive and Creative Director of Kofas Media, Kofi Asamoah has debunked media reports that he branded the flaunting of a physical sword by the Presiding Archbishop and General Overseer of the Action Chapel International, Archbishop Nicholas Duncan Williams during a church service as “stupid”.

“Akwesi, I will never call Archbishop Nicholas Duncan Williams as stupid. I never said he is stupid or his actions are stupid”.

The movie producer was speaking on Peace FM’s Entertainment Review on Thursday, August 27, 2020.

My Message was misconstrued

According to him, the intent of his comment was misconstrued adding that he could never and would not under any circumstance label any man of God stupid, let alone the Archbishop whom he said he knew personally.

“We should not condemn at any point any action of any man of God depending on where the man of God is coming from,” he added.

The Amakye and Dede movie producer and director, however, rendered an unqualified apology for the comment which has caused an uproar in the media.

Is this not stupidity? – Kofi Asamoah slams Duncan Williams for displaying sword in church

Ghanaian filmmaker, Kofi Asamoah was reported to have branded the flaunting of the physical sword during a church service by Archbishop Nicholas Duncan-Williams as ‘stupid’.

According to the report, the movie writer shared a video where the Presiding Archbishop was seen displaying a sword during a prayer service in his church without considering any precautionary measures.

“If this was a Twi Pastor wearing a big gold chain holding a sword to chop down the devil, the whole Ghana would break loose while calling the congregation illiterates. But here we are… wise men in an educated church scattering a spiritual enemy with a physical sword. Or this one is not stupidity because the man of God is speaking English huh? Hypocrites!” a message accompanying the video reads.

The post has since been pulled down by the filmmaker.