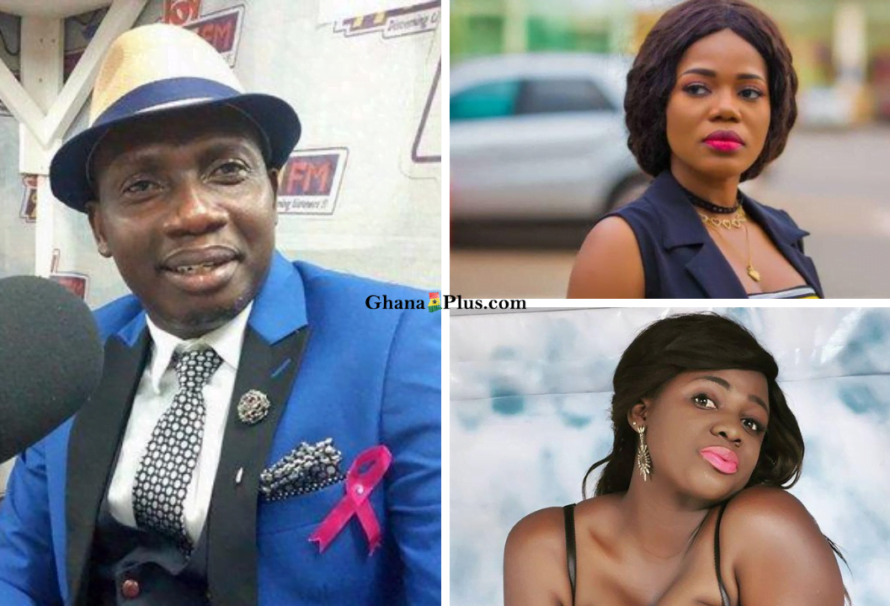 Papa No is a Blessing to Ghana - Says Counselor Lutterodt

Controversial Ghanaian radio and TV counsellor, Cyril George Carstensen Lutterodt has disclosed that the rich man in the Tracey Boakye and Mzbel sugar daddy saga was a blessing to the country.

According to him, the man in his capacity had help in alleviating poverty in the lives of the women adding that he was more useful to society than others who are not doing the same.

“Unfortunately for us that man is a blessing to Ghana and am very happy for such men. He is useful to society,” he said.

The self-acclaimed counsellor was reacting to the Tracey Boakye, Mzbel online war over a married man in a video interview.

The straightforward relationship communicator noted that Tracey Boakye and Mzbel were well off today due to the generosity of the said rich man whom he described as the “world bank”.

“Look at Tracy Boakye now, she has a company that she has employed young girls who are working, look at Mzbel, Mzbel has employed people who are working for her if the money came from this man, who looks like a world bank and he is alleviating poverty in the lives of this girls through their sex organs, are we not safe?” he question.

Counsellor Lutterodt who is also a Reverend Minister said the man would leave long on earth due to his alleged generosity which has better the lives of the young women in exchange for their body.

READ ALSO:  Don’t attack the women only, attack the men too - Salma Mumin

“Poverty alleviation man, he won’t die early, he will not die like some of us. He is alleviating poverty”.

Ghanaian actress Tracey Boakye and musician, Mzbel has been at war with each other over their alleged involvement with the same man.

The news which has been trending for some time now seems to take a different turn every day with no end in sight.